I’m a little bit in love and it came as quite a surprise. The beautiful city of Baku made me fall. I had heard that it was a nice city, most people I spoke to didn’t really know where it is and wondered why on earth I would be going there. So my expectations were not high, I was just looking forward to the vacation, getting away and explore. But, oh my! This is one of the most fantastic cities ever, like Paris meets the Middle East on a small scale.

I never been in a city with that many benches, most occupied with lovers setting close, holding hands – like really romantic stuff. Trees line the streets, beautiful buildings with wooden bay windows overhanging the pavements which are bustling with people. The Caspian Sea showing both its calm darkness and big waves as the wind was blowing across from Turkmenistan. 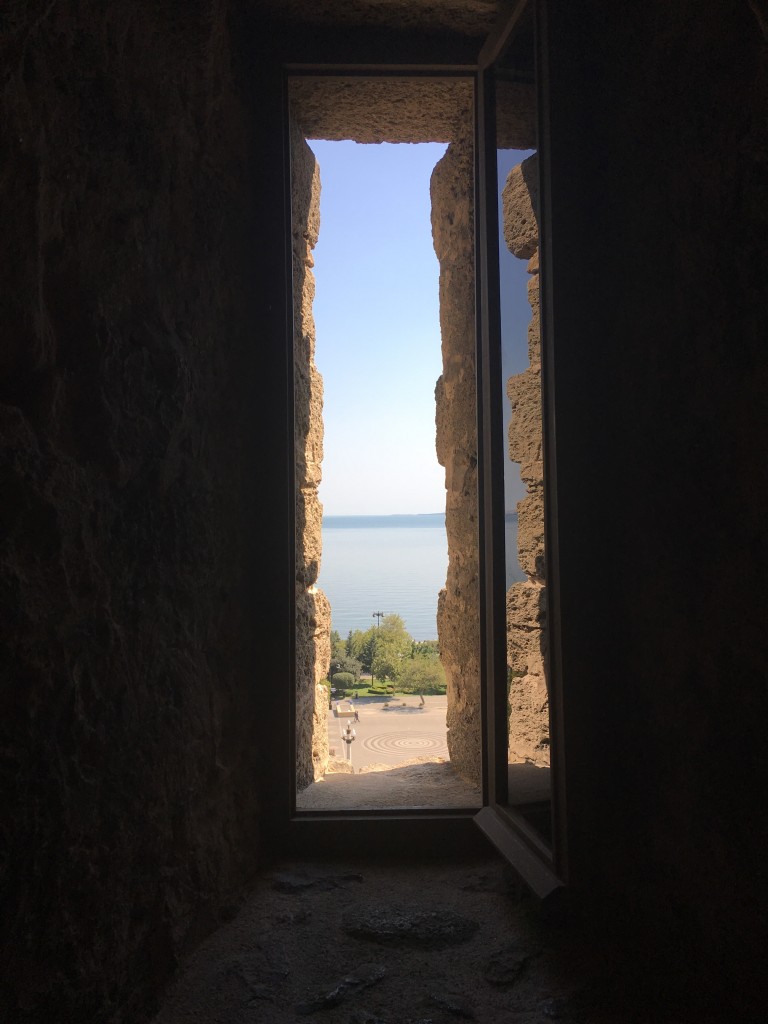 View of the Caspian Sea from Maiden Tower

The language was not easy, I don’t speak Azerbaijani nor Russian, which is also widely spoken, and they tend not to speak English (nor Danish!). But you just get by without and try pointing, smiling and nodding instead. Baku is still relatively untouched by the hordes of tourism, so you had plenty of space to enjoy the sights.

While being a Muslim country they have a much more relaxed attitude towards how to practice their religion. You seldom hear a call for pray, the mosques seem to very far apart and they really, really enjoy alcohol. Most women don’t cover their heads but some do and you would see a great mix of groups.

They seem to enjoy life a great deal. There were many tea shops, which is a very big thing with lots of side dishes and reminded me a lot of Iran, where coffee also seemed to be the less chosen option. Sweet tea for the wanted son-in-law and tea without sugar for the one the family didn’t want the daughter to marry. If life was only that easy when choosing a spouse.

I would back in a heartbeat if there wasn’t the issue with the visa. It is one of the most expensive visa’s I ever had to pay for. So while everything else in Azerbaijan is really cheap, getting into the country cost me more than the plane ticket. So my love affair will have to wait to continue while I gather my fils, pennies, qepiks, lipas and all the other currencies I have come across…

A lot changed in 2016. One thing was that I lost my travelling companion of the past 10 years, so now I will sometimes travel alone. It takes a bit of learning. My first trip was to Kuala Lumpur in May 2016 for 4 days – pictures can be found here. KL will forever have a special place in my heart just for that reason. The first city where I wandered around by myself, taking in the sights, enjoying the hustle and bustle of the streets where old meets new.

The sightseeing part is easy, you go and see – and you get to choose what you want, no compromises. But then comes dinner time, wow that was tough. You sit there alone trying to look like you belong and not to give into urge to play around with your phone.

I think I will get the hang of it at some point, but might take a trip or two more. Next one up is three days in Baku, Azerbaijan. Clearly I also need to learn the trade of selfies… 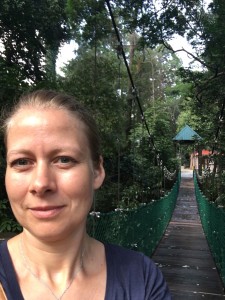 Currently I’m living in Dubai and daily I hear the call for prayer from the nearby mosque. I don’t understand the words but it doesn’t matter, it still sounds like singing. I love how you can sometimes hear the singing from other mosques in the area as well. I remember waking up to the sound of three or four mosques calling for prayer at a beach in Oman – it felt so peaceful, my vacation had just started, the sun was rising and everything was good.

When taking a stroll in the evening we often hear the call for Isha (evening prayer). This has also become so unique to me and fills me with joy. Combined with the warm weather, the dusk, the crickets, the sound has settled in me and created this beautiful feeling and everlasting memory.  Coming from a christian society I’m sad that I don’t have the same sensation when hearing church bells. Maybe it’s because they ring for both joy and grief or because bells simply can’t compete with a song.

I find the mosque to be a very fascinating building, quite often beautiful and just a bit mystical. Like on most important buildings the decorations and details are outstanding and the artist in me is drawn to the ornamentations. Without any doubt this fascination with the mosque will turn into something at some point. Tomorrow I’m going to visit a mosque and see what beauty I can find inside. 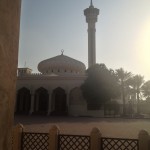 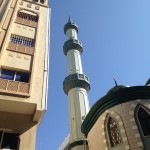 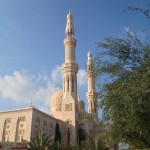 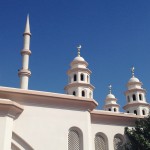 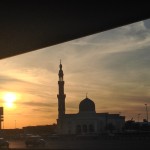 Mosque at sunset snapped from the metro 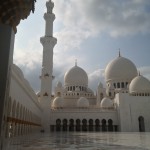 I love to make collages from clippings I find in old magazines. Often I find one little image that will be the focus point of the collage and then I just look for more clippings to make the collage. 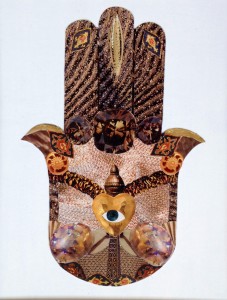 A long time ago I saw a photograph in a newspaper that caught my interest and several years later I finally transferred the picture into this painting. If you compare the picture (black&white) and my painting they are not identical but the painting is my interpretation of this unknown woman. So far this is my best portrait but I want to keep doing portraits and see where it takes me. 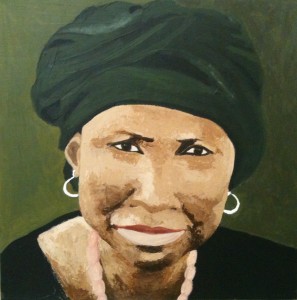 Previously on this site…